New system follows in-depth research and development plus engagement with installers Paxton10, Paxton’s new, integrated single-platform system, is being launched later this year. It combines access control, video, smart credentials, feature-rich software and, for the first time, Paxton10 cameras, to offer customers something they’ve never seen before.
The launch follows a period of in-depth research, development and engagement with installers.

Gareth O’Hara, Paxton’s Chief Sales Officer, said: “Paxton10 was designed with ultimate simplicity in mind, utilising the latest technology to deliver powerful features, including the first ever camera from Paxton. 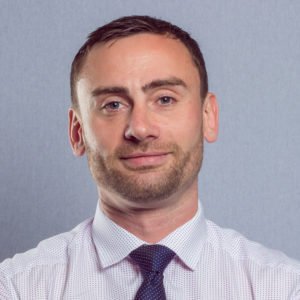 “Anyone who has dealt with Paxton knows we take feedback very seriously. It plays such an important part in product development and has helped shape Paxton10, our most powerful, most complete system to date.”

Paxton released its first version of Paxton10 in September 2015, when it was fitted across a range of different sites with different needs. Gareth said: “Since then we’ve been working closely with installers. We’ve incorporated lots of their feedback and I can say we’ve achieved the original vision of Paxton10 and a lot more. We’ll be offering customers something they’ve never seen before.”

Other changes made as a result of customer feedback is compatibility with Paxton’s key systems – PaxLock Pro, wireless door handles, and Entry, its door entry solution.
Some other exciting features include a feature-rich video management software; use a smartphone or smart watch as an access token; Paxton10 cameras make system set-up simple; third-party IP cameras also supported and free iOS and Android apps to support remote site management and site access.

Gareth said: “Our installers have told us they’re very excited about the direction we were going in with Paxton10, particularly with the new technology. And people really understand the need for a unified platform in the mid-market.”

This need is based on figures that show access control and video make up two-thirds of the security market – but only one in 10 sites actually integrate the two systems.
Gareth said: “People are becoming more demanding of their technology. They want a single point of management, rather than disparate systems, and they want to view and manage things on a hand-held device.  New technology allows us to achieve these things but, as a manufacturer, we have a responsibility to make our technology as accessible and as simple as possible. We’re incredibly excited about the launch of Paxton10 and can’t wait to show customers what we’ve been working on.”

Be among the first in the world to hear about the next generation of Paxton10. Paxton will be showcasing Paxton10 during a series of roadshows this autumn.

Our conversations with installers have told us they want to see new innovations in the industry in a location close to home or work. This is why we’re taking Paxton10 to them and will be visiting nine prestigious venues across the UK from September 12 to October 10.